Philip M. and Ethel Klutznick Professor of Jewish Civilization; Professor in the Department of Religious Studies 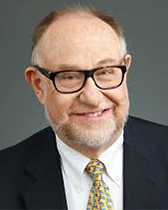 Professor Seeskin specializes in Jewish Philosophy, Ancient and Medieval Philosophy, and Philosophy of Religion. His work uses classic texts in the history of philosophy to shed light on problems of perennial interest.  His most recent books include The Cambridge Guide to Jewish History, Religion and Culture (2010), Maimonides on the Origin of the World (2005) and The Cambridge Companion to Maimonides (2005).  Previous books include Autonomy in Jewish Philosophy (2001), Searching for a Distant God: The Legacy of Maimonides (2000), Jewish Philosophy in a Secular Age (1990) and Maimonides: A Guide for Today's Perplexed (1991).  He has won several teaching awards at Northwestern and was recently appointed co-editor of the Cambridge Comprehensive Survey of Jewish History, Religion, and Culture.