Jewish and Israeli Cuisine and Culture: A Conversation with Michael Solomonov and Steven Cook 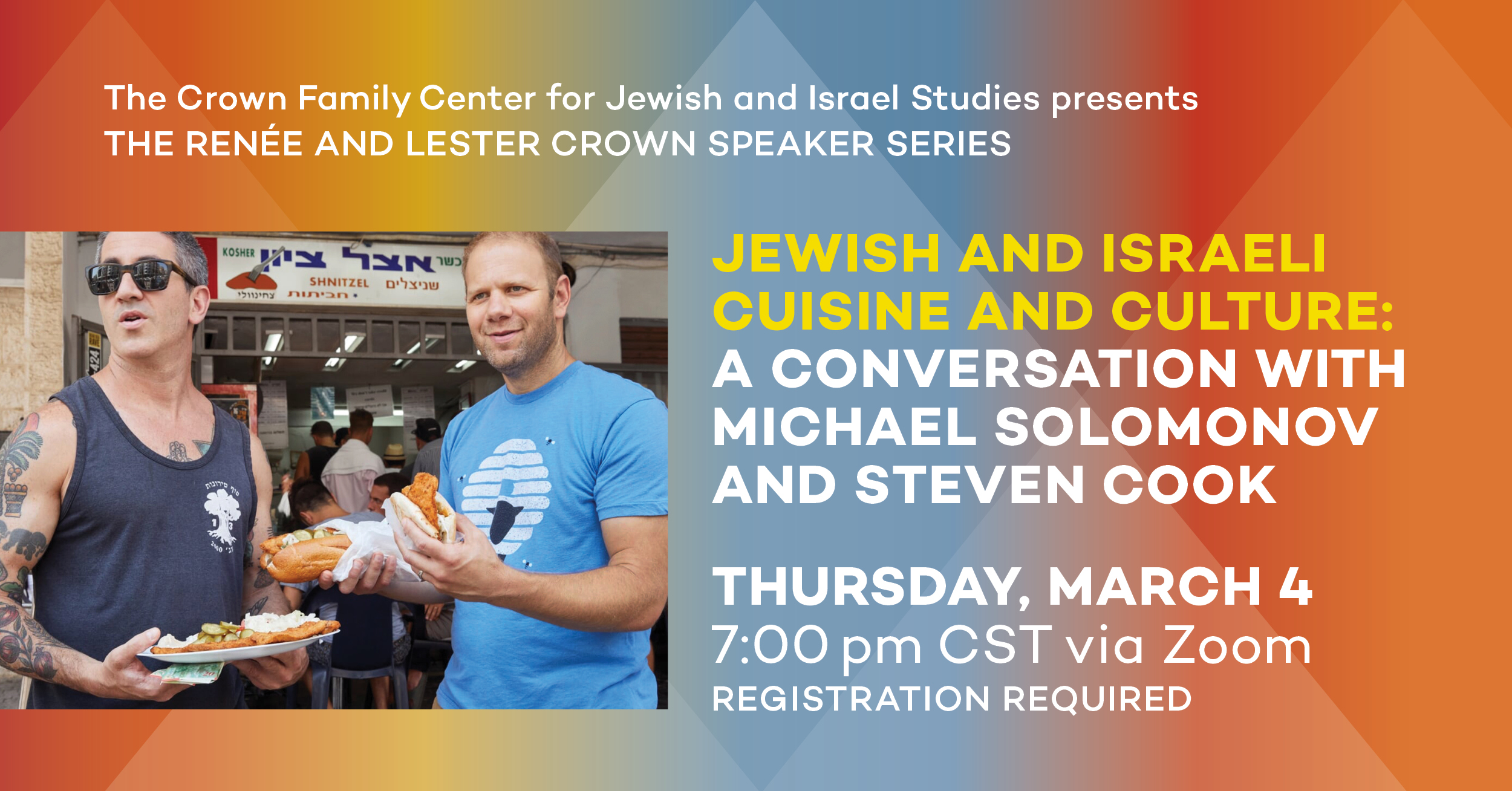 Award-winning chef Michael Solomonov and his business partner Steven Cook visited Northwestern via Zoom for a wide-ranging conversation about Jewish and Israeli food, the process of developing the recipes featured in their cookbooks, and the hospitality you can expect at one of their renowned Philadelphia restaurants.

Michael Solomonov and Steven Cook are the co-owners of the nationally beloved, trailblazing Philadelphia hospitality group CookNSolo, and champions of Israel’s extraordinarily diverse and vibrant culinary landscape. Together, they have been awarded three James Beard Foundation Awards, with Mike awarded two additional Beard Awards for his work as Chef of Zahav, including “Outstanding Chef,” 2017. In 2019, Zahav, their restaurant that put the rich melting pot of Israeli cuisine at the forefront of dining in America today, became the first Israeli and first Philadelphia restaurant to win the James Beard “Outstanding Restaurant” Award. In 2018, Zahav was recognized by Food & Wine magazine as one of “The 40 Most Important Restaurants of the Past 40 Years.” Their seven other restaurants include: Federal Donuts, Dizengoff, Goldie, K’Far, Merkaz, Abe Fisher, and Laser Wolf. The duo has also co-authored three highly acclaimed cookbooks—Zahav: A World of Israeli Cooking, Federal Donuts: The (Partially) True Spectacular Story, and Israeli Soul: Easy, Essential, Delicious.