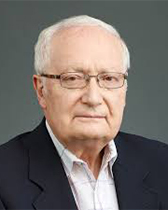 Professor Lassner, former Director of the Crown Family Center for Jewish Studies, specializes in medieval Near Eastern History with an emphasis on urban history, political culture and historical writing, and the background to Jewish-Muslim relations. He has held appointments at the Institute for Advanced Study, the Rockefeller Institute (Bellagio), and the Oxford Centre for Hebrew and Jewish Studies (Skirball Fellow in Jewish-Muslim Relations) and received awards from the Guggenheim Foundation, the National Endowment for the Humanities (NEH), and the American Council of Learned Societies-Social Science Research Council. In 2013, he was awarded the Franz Rosenthal Prize for a lifetime of achievement in Islamic studies and Semitics. He has held teaching posts at Wayne State University (Director of the Cone-Haddow Center or Judaic Studies and Distinguished Professor), the University of California, Berkeley, the University of Michigan, University of Toronto (Scheir Visiting Professor), Tel-Aviv University (Sackler Occasional Professor of Middle East History), and The George Washington University (John Smith Visiting Professor of Jewish Studies).  Among his publications are numerous articles and eleven books, the most recent being Jews, Christians and the Abode of Islam (2012).