Associate Professor in the Department of German 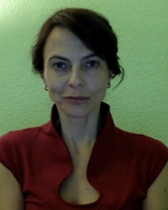 Anna Parkinson (Ph.D. Cornell University, 2007), Associate Professor in the Department of German, affiliate of the Gender and Sexuality Studies Program, advisory board member of the Holocaust Education Foundation at Northwestern and the Critical Theory Cluster, specializes in twentieth-century German literature, film, and critical thought. Her book, An Emotional State: The Politics of Emotion in Postwar West German Culture (Ann Arbor: University of Michigan Press, 2015), is a literary-historical study that contests the long-standing reading of postwar West German culture as emotionally stagnant. Instead, her book explores the plethora of highly volatile affects at work in the newly democratized public sphere of the Federal Republic of Germany. She is currently working on two projects: the first is a series of essays addressing the Jewish-German author and psychoanalyst Hans Keilson's writings and biography. Her second project is linked to a comparative German-South African focused study on modalities of evidence in forensics and art, drawing on her involvement as co-convener (with Professor Sarah Nuttall, Director of the Wits Institute for Social and Economic Research /WISER, University of Wits, Johannesburg, SA) of the project “Trauma, Politics, and the Uses of Memory,” in the Andrew W. Mellon Project “Critical Theory in the Global South” (2017-2020) in the Program in Critical Theory at Northwestern (partner university in the International Consortium of Critical Theory Programs). See: http://www.criticaltheory.northwestern.edu/mellon-project/critical-theory-in-the-global-south/

Her research and writing have been supported by the German Academic Exchange Service, the Andrew Mellon Foundation, the Mandel Center for Advanced Holocaust Studies at the United States Holocaust Memorial Museum, Washington D.C., the German Literary Archive (DLA) at Marbach, the American Psychoanalytic Association, the Association for Women-in German, and the "Languages of Emotion" Excellence Cluster at the Freie Universität Berlin. In 2019/2020 she will take up a Mellon Foundation New Directions Fellowship. Parkinson received the Weinberg College Distinguished Teaching Award (2018).