Professor in the Department of Spanish and Portuguese 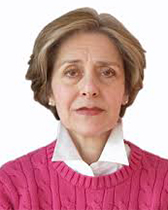 Lucille Kerr‘s areas of specialization include twentieth-century Latin American literature, with emphasis on narrative fiction, the Boom and post-Boom eras, literary culture since the mid-twentieth century, literary theory, and, more recently, Latin American Jewish literature and culture, especially in the Southern Cone. She is affiliated with the Latin American and Caribbean Studies Program, the Jewish Studies Program, and is among the Associated Faculty of the Program in Comparative Literary Studies. Her publications include Suspended Fictions: Reading Novels by Manuel Puig (U of Illinois P), Reclaiming the Author: Figures and Fictions from Spanish America (Duke UP), and (co-edited) Teaching the Latin American Boom (MLA).  She is also founder and director of the web-based Latin American Literature and Film Archive. Her current research draws from participation in an NEH seminar on “Jewish Buenos Aires” and deals with Argentine Jewish narrative and film in relation to prevailing Boom and post-Boom currents. Her research has been supported by grants from the American Philosophical Society, the American Council of Learned Societies/Social Science Research Council, and the National Endowment for the Humanities. She served as Chair of the Department of Spanish and Portuguese in 1999-2002 and 2003-2006.