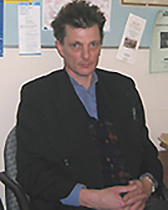 Before joining Northwestern’s faculty in 2005, Dr. Moseley taught a wide variety of courses on Hebrew and Yiddish literature at graduate and undergraduate levels at New York, Harvard, Oxford, and Johns Hopkins universities. Shortly after his arrival, he published Being For Myself Alone: Origins of Jewish Autobiography (2005), which won a Koret Foundation Jewish Studies Publication Program prize. The book investigates the development of autobiography among the Jews in Eastern Europe from the 19th century to the period just around World War I, focusing on works written in Hebrew, but also considering Yiddish and German works, as well as the interaction among these languages of Jewish expression in this period. He is now working on his next book, From People of the Book to Literary Nation: On the Emergence of Literature in Jewish Eastern Europe. In exploring the cultural, social and ideological ramifications of the painful transition experienced by the secular, or secularizing, sector of East European Jewry, Moseley is seeking to shed light on how Jewish writers and (even more importantly) readers began to construct modern Jewish identity. He has close links with the YIVO Institute for Jewish Research in New York, where he worked as an Assistant Archivist from 1987-91, and then initiated a project to prepare an English language anthology of the interwar youth autobiography collections housed in the YIVO Archives, for which he received a major grant from the National Endowment of Humanities. He chaired the editorial committee and wrote the introduction for the resulting volume, Awakening Lives: Autobiographies of Jewish Youth in Poland before the Holocaust (2002).